In December of 1995 Dr. Michael Fishbaugh graduated from The Ohio State University College of Optometry. Prior to that, he graduated from Ohio State University with a Bachelor of Science, in Biology, and graduated from Celina High School. In December of that year, he opened his private optometry practice, Fishbaugh Family Eyecare, in St. Henry. He was also the primary optometrist at D.O.C. Optical in Lima from 1995-2008. Dr. Fishbaugh is licensed to treat eye disease, as well as perform comprehensive eye examinations, contact lens fittings and evaluations, low vision evaluations, and vision therapy. He currently is the optometrist for over 15 area nursing homes, where he performs comprehensive eye examinations and evaluations for the residents on-site. In May 2008, Dr. Fishbaugh expanded his practice and opened an office in Lima, also known as Fishbaugh Family EyeCare. In September of 2013 Dr. Fishbaugh earned Diplomate, American Board of Optometry. Dr. Fishbaugh is a member of American Optometric Association, Ohio Optometric Association, Real Eyes, and InfantSee. He is accepting patients in both the St. Henry and Lima offices. 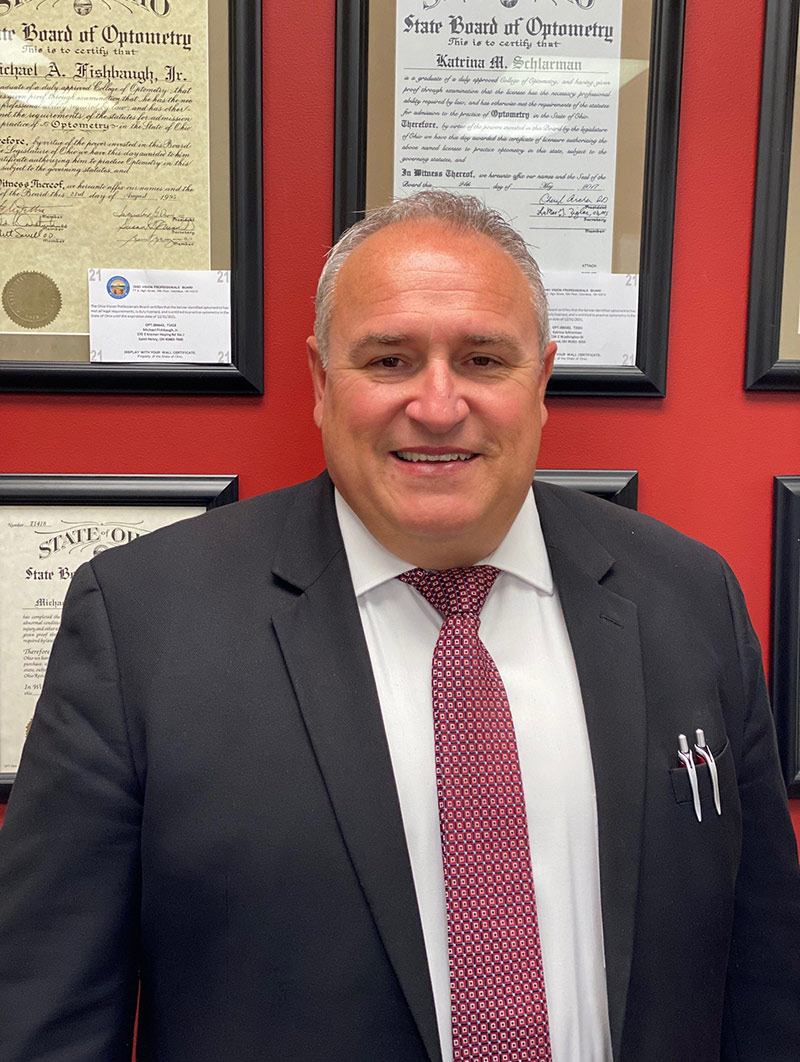 Contact us today, we are ready to answer your questions. Schedule your appointment at one of our two locations.